The Gulling of Malvolio is director Barbara Anderson’s adaptation of the funniest scenes from Shakespeare’s popular 1603 comedy Twelfth Night. These hilarious scenes form their own united subplot, aptly named The Gulling [Tricking] of Malvolio.

That trick to teach Malvolio a lesson on humility and the “Golden Rule” is the heart of the plot of
The Gulling of Malvolio.

Malvolio, the steward of Lady Olivia, is a kill-joy and a hypocrite whose self-righteous self-love drives him to belittle and demean everyone he considers his “inferiors.”

Those supposed “inferiors” include Olivia’s uncle, Sir Toby Belch; Maria, her waiting gentlewoman; Feste, Olivia’s jester; Fabian, another household servant to Olivia; and Sir Andrew Aguecheek, a foolish knight and companion to Sir Toby. Together these five conspire to deliver Malvolio his rightful “come-uppance” for his mistreatment. The entire scheme plays out in the larger context of mistaken identities and star-crossed lovers. 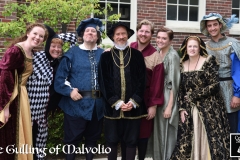 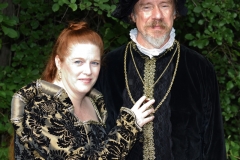 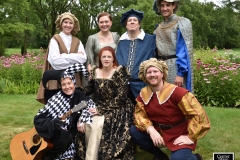 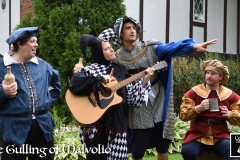 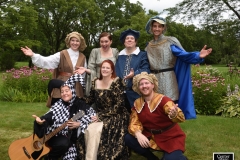 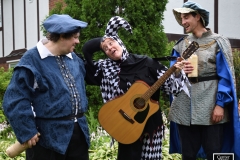 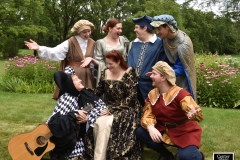 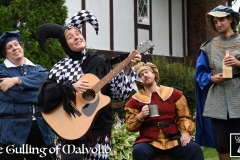 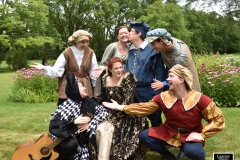 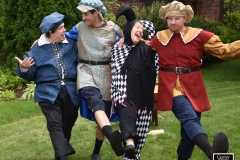 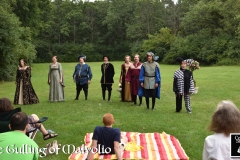 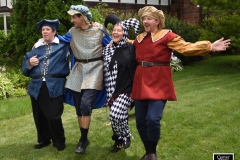 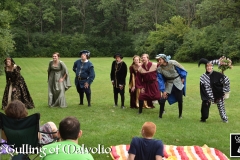 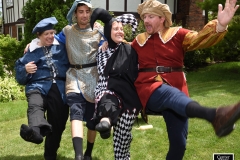 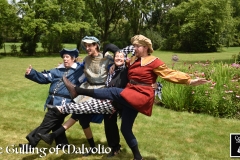 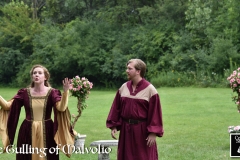 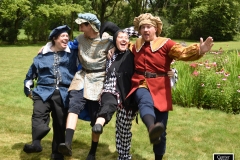 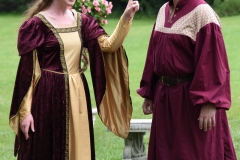 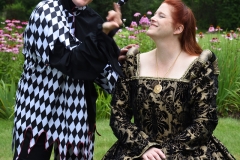 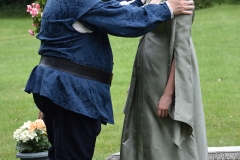 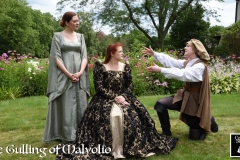 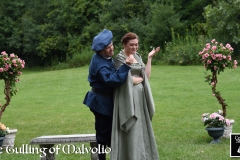 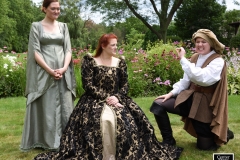 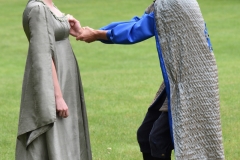