As the old proverb says, “May we live in interesting times.” And times like this need more than ever the joy and distraction that theatre brings. And theatres need us: to keep them alive at a time when the only curtain they can raise is a digital one.

For fifty years, CenterStage in Lake Forest has been part of our community and our lives. Our alumni have gone on to Broadway, TV, and film. We’ve done musicals, plays, theatre in the park, and now, a webseries on Shakespeare.

December 1st is #GivingTuesday, a day when people all over the world financially support their favorite nonprofit causes. It’s also a critically important day for CenterStage in Lake Forest, because as a 501(c)(3) nonprofit, we rely on your donations to sustain our work.

And our work has been recognized! Nominees for Broadway World’s Regional Theatre of the Decade have been announced and CenterStage in Lake Forest is on the list. 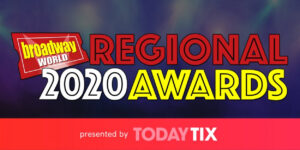 CLICK HERE to vote for your favorite Director, Performer, and Production of the Decade…..

And think about that donation.

New tax incentives for charitable giving in 2020 came in March with passage of the Coronavirus Aid, Relief and Economic Security (CARES) Act. The law gives donors who plan to take the standard deduction the option to claim an above-the-line deduction of up to $300 for cash contributions to operating charities. The CARES Act also gives donors who will itemize deductions an option to elect a 100% of AGI deduction limit for cash donations, and deduction amounts above this limit may be carried over for up to five years. With both options, the cash donations must be made directly to operating charities and cannot go to donor-advised funds, supporting organizations, or private foundations.