In addition to teaching music privately, Christie is a Master Teacher for the Piven Theatre Workshop, where she focuses on scenes and songs from them musical theatre canon. Currently, she is sound designing Fleetwood Jourdain Theatre’s 2018 Season, which includes A Home on the Lake, Mississippi Delta Blues, and Topdog/Underdown.[/ezcol_2third][ezcol_1third_end] 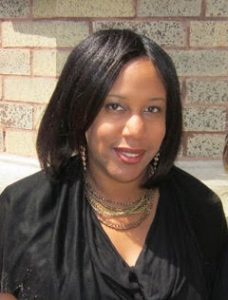 Christie was a professional Classical Pianist before falling in love with the musical theatre world. Her Bachelor and Masters Degree studies were both in Piano Performance at West Virginia University, where she also earned a Minor in Dance. Through her vast background as a musician and dancer, Christie has found her niche in other music-related genres, such as composition and sound design. She greatly enjoys working through a score, play, or film to develop an iconic sound for audiences to remember. Christie’s upcoming original scores include one for a holiday musical by Kevin Wiczer-Leist and another for her own work, Homeland 24, which will be released  next season by her company, Music for Theatre Chicago.

She is excited to be part of the very talented Production Team for CenterStage in Lake Forest’s upcoming Shrek the Musical, and knows that the collaboration will create a show that knocks your socks off!