[ezcol_2third]Cathy Novak Jacobson is excited to return to the CenterStage in Lake Forest arena to choreograph the extremely popular musical Shrek the Musical. Cathy worked last summer with Debra Goldman and the CenterStage in Lake Forest production team to choreograph Brigadoon, and her spectacular dance numbers provided a stunning highlight to the superb production.

Cathy’s hands and feet have been dancing since she was in her early teens. She has worked both onstage and offstage on many productions throughout the North and South Suburbs Cathy currently teaches at several dance studios on the North Shore, especially enjoying working with a variety of ages and dance levels to create large-scale production numbers. [/ezcol_2third] [ezcol_1third_end] 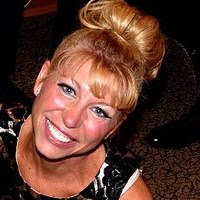